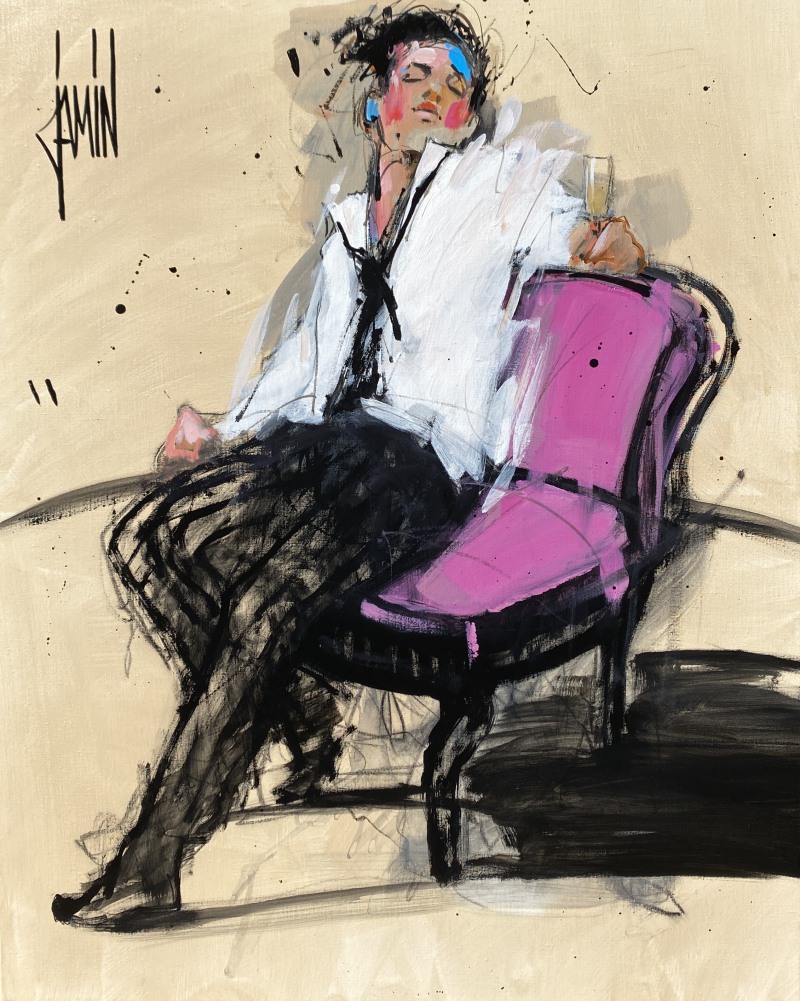 Questions About This? Fullscreen View 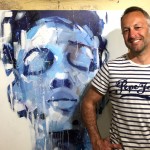 David was born on the 24th November 1970 in Nimes (South of France). Autodidact, David began drawing as a small child, later studying fine art at Calais. He is accomplished in all media but now favours acrylic. Later on, he learnt fine arts in Calais (North of France).
His research is based essentially on the human being, his movement in space and the impact of his gestrual in the general atmosphere.
David introduced the public to "the Introportrait" that touches on the intimate side of humans. A mix of introspection and self-portrait, the ‘Introportrait’ is, in essence, a self-portrait of the soul. The characters in his paintings are dancers, musicians, bystanders and dandies. David sets his subjects in the city, lively places where he observes the crowds looking for any tiny detail. A flaw in the scene shows the touching side of a human being. Colored faces, casual postures, deeply human natures: these characters are a reflection of ourselves.
When he paints, he's like a mime artist working on his show in silence and with emotions.
David’s paintings are strong and expressive showing a natural joy of life. Those who have been following him since the beginning of his career remember with nostalgia his musicians, his maternity, his faces with particular markings often with some interrogation.
Exhibitions of David’s artworks include France, UK, Luxemburg, Holland, Switzerland, Portugal, Spain, Italy and Germany. For a couple of years, his artworks have been exhibited also in the United-States (New York), in Canada (Montreal) and in South Korea (Seoul).

The works are carefully protected in packaging adapted to fragile works.
We deliver all over the world using express transporters with long experience of handling fragile packages. The works are shipped from the gallery door to the door of your delivery address, with delivery signed for on receipt. For several years, we have been working with Fedex, UPS and DHL internationally, and with Géodis Calberson for France and neighbouring countries.

OTHER PAINTINGS BY DAVID JAMIN 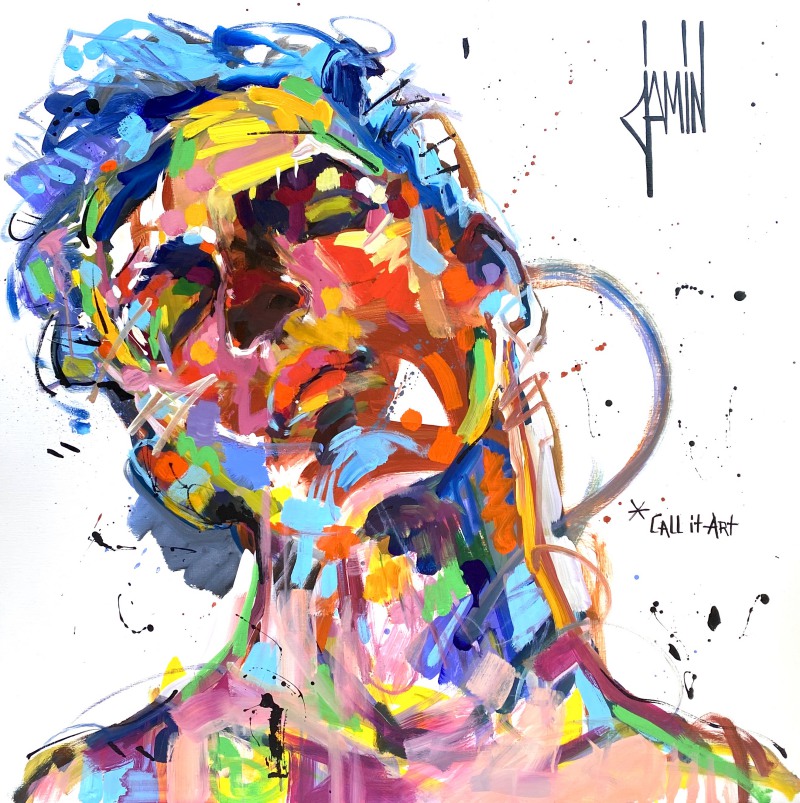 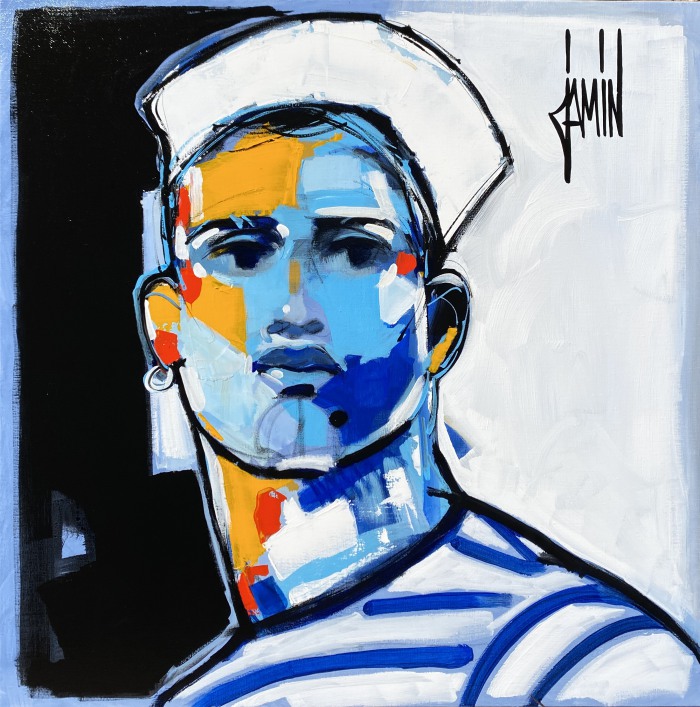 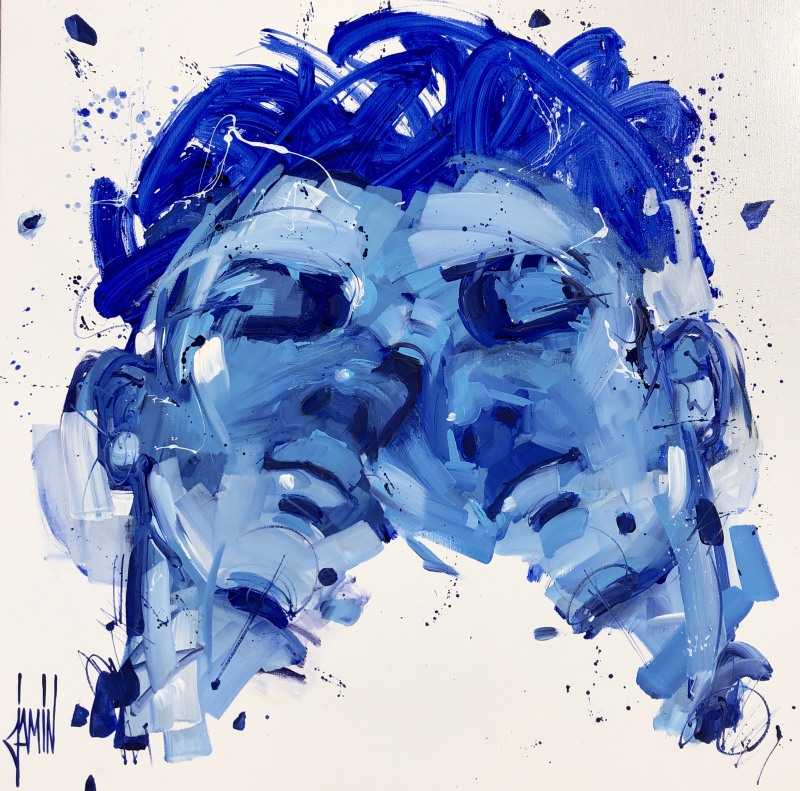 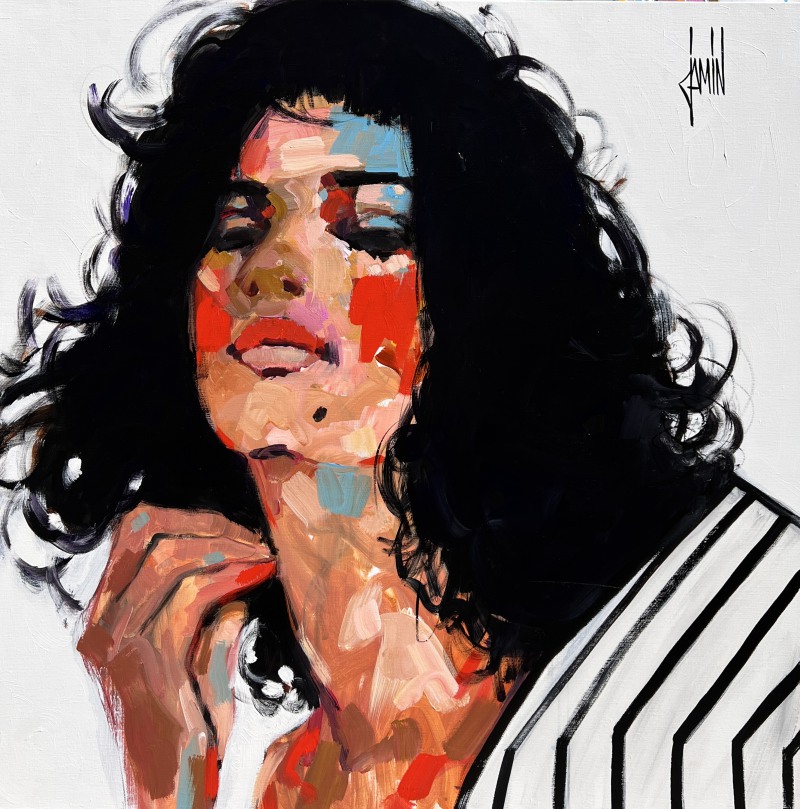 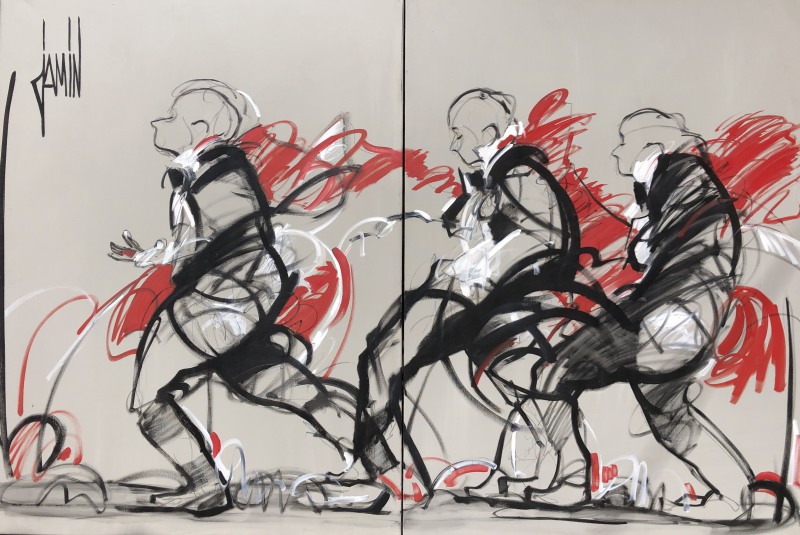 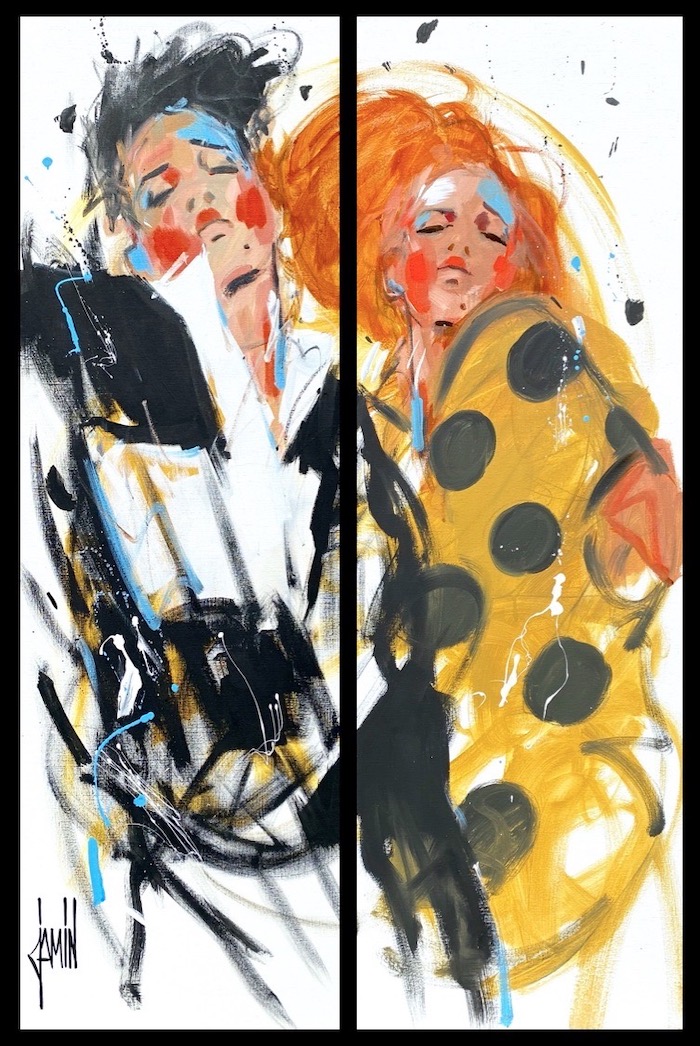 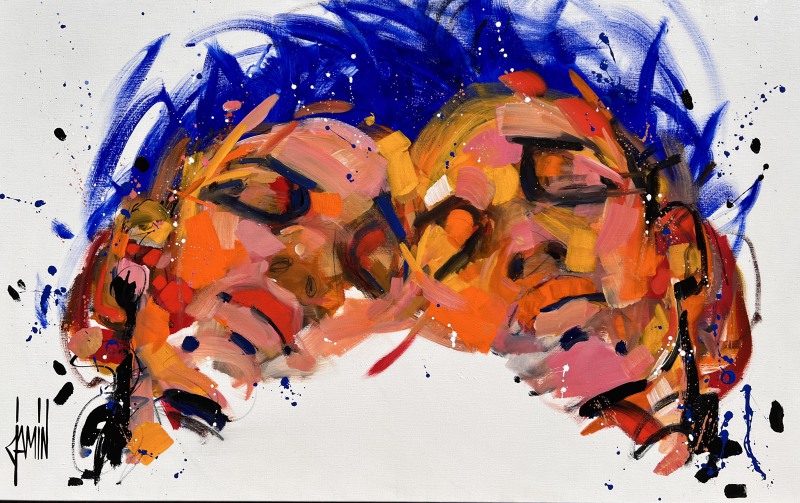 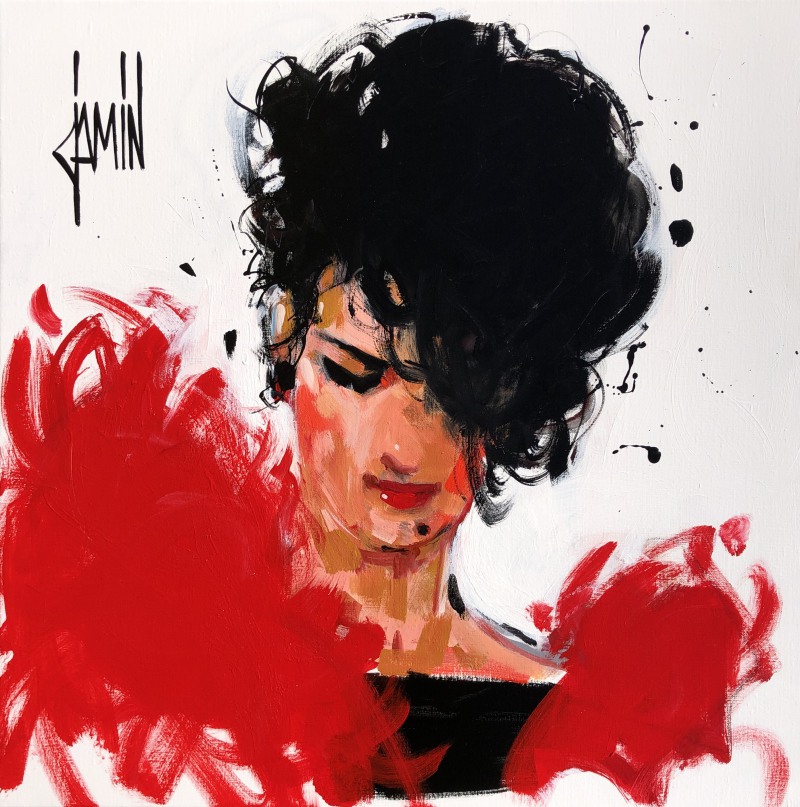 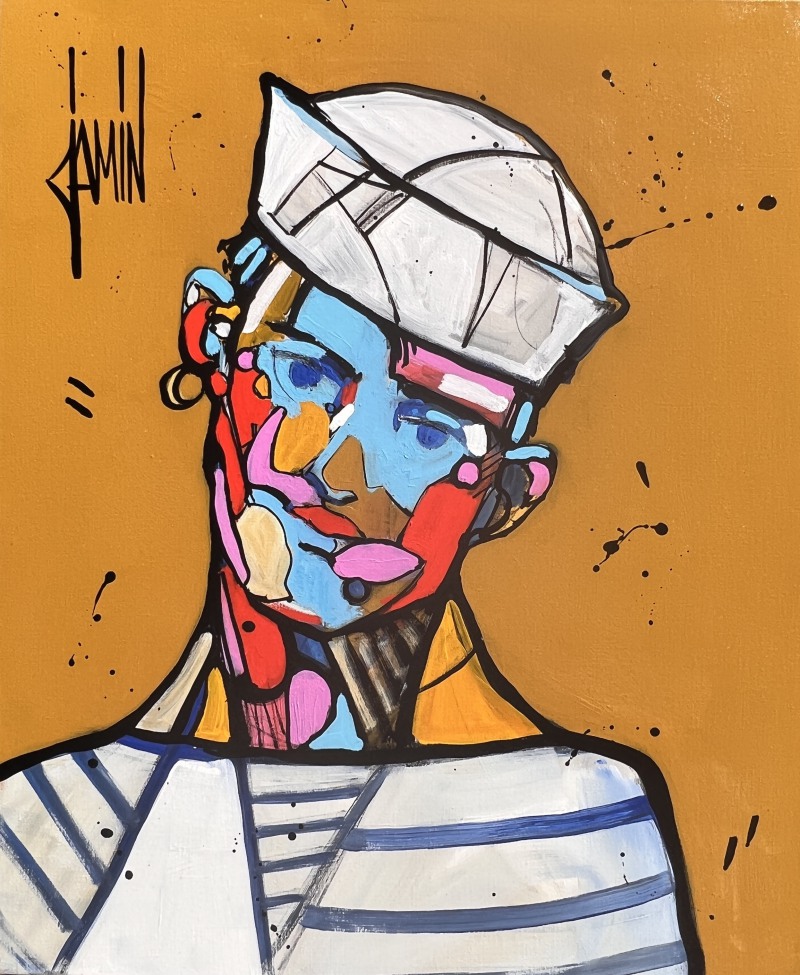 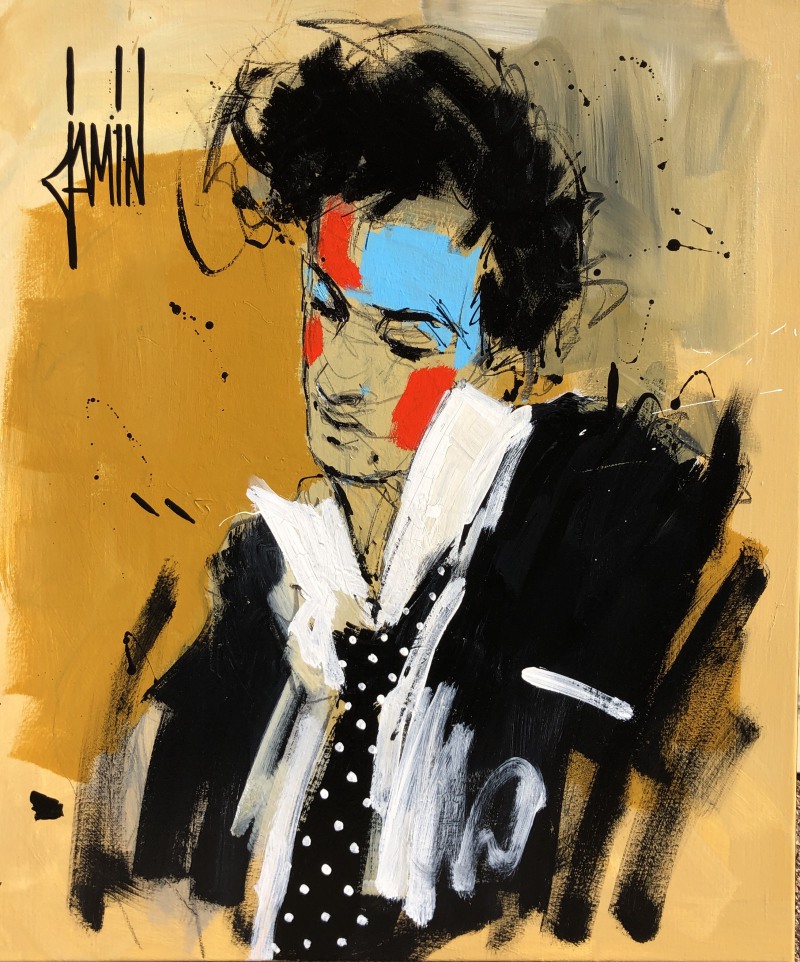 INTROPORTRAIT A LA CRAVATE A POIS 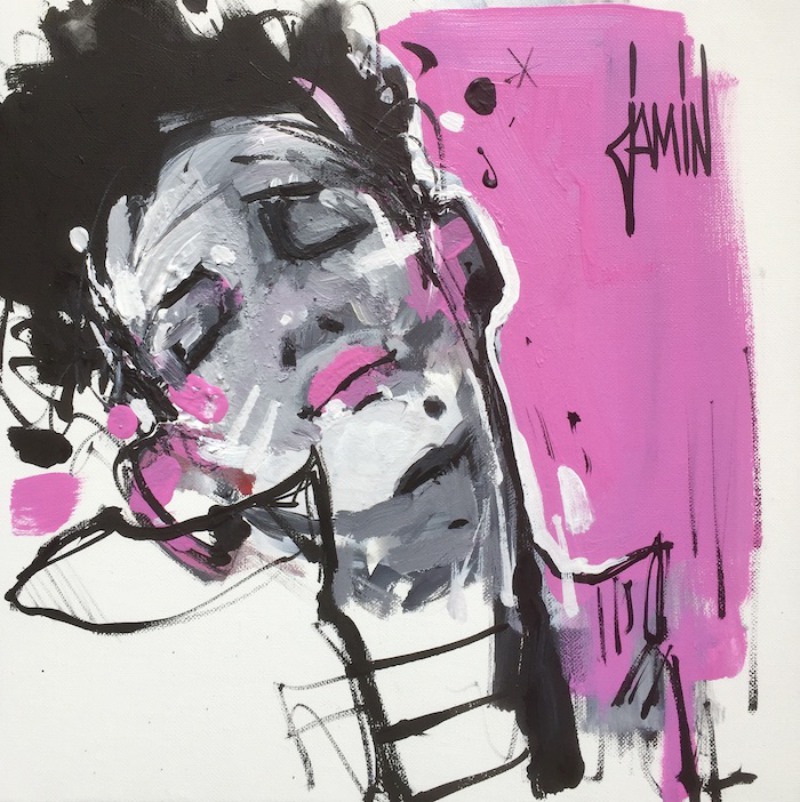 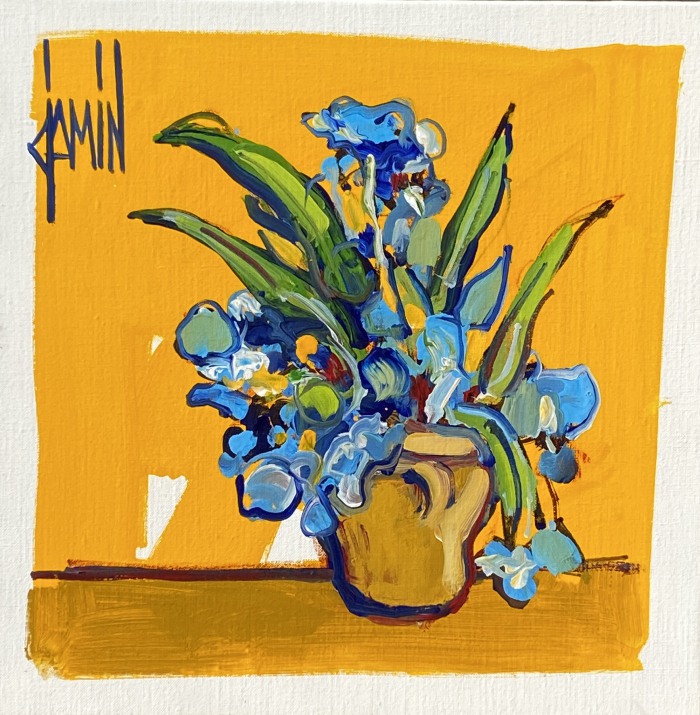 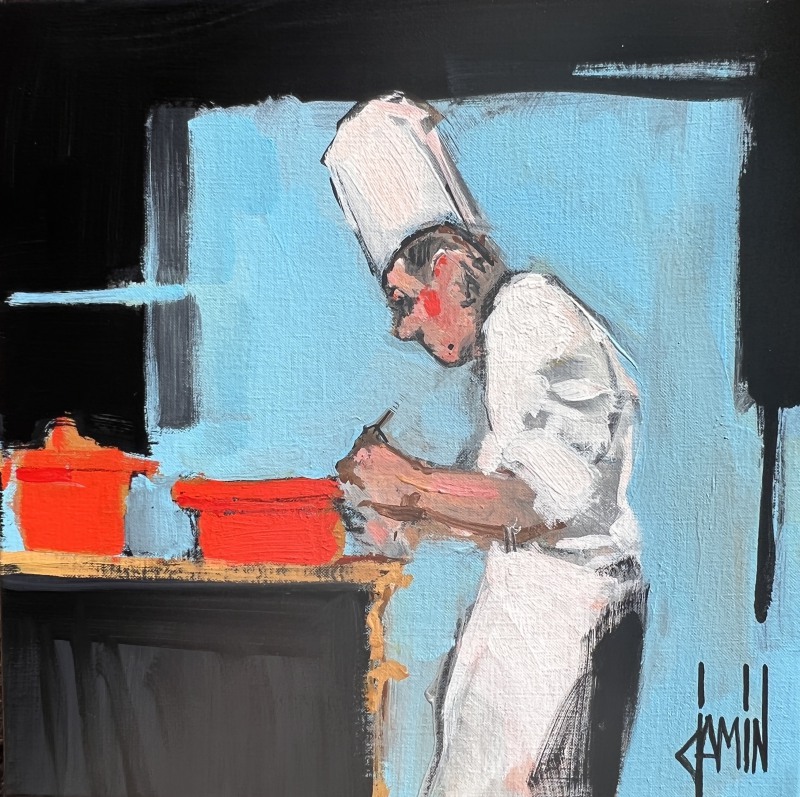 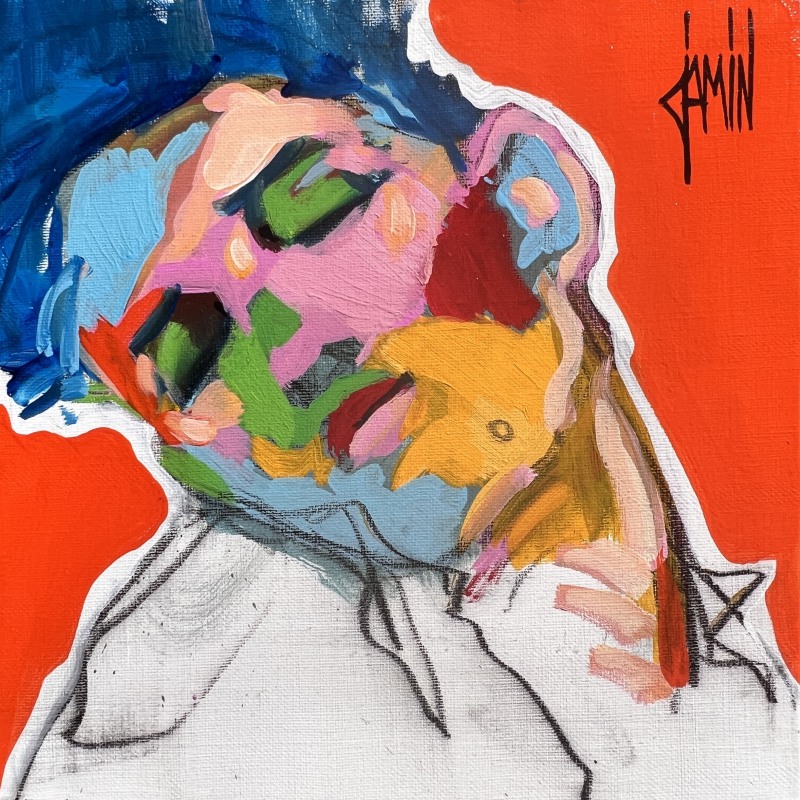 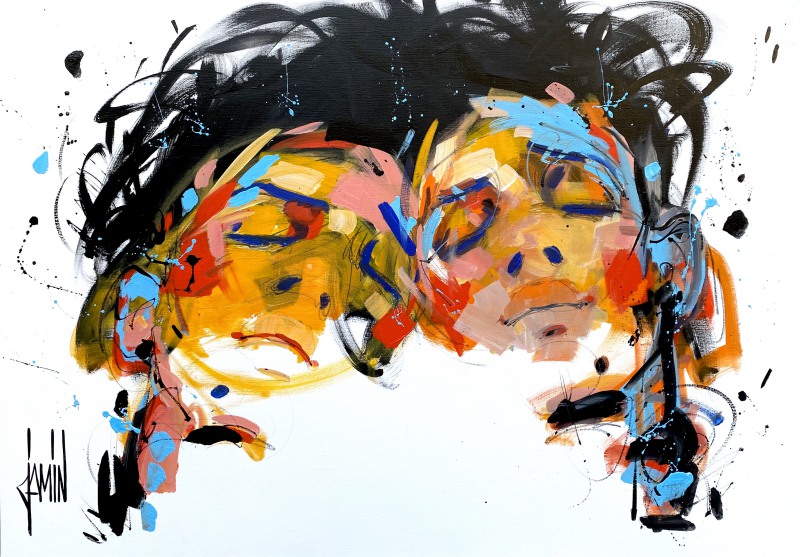 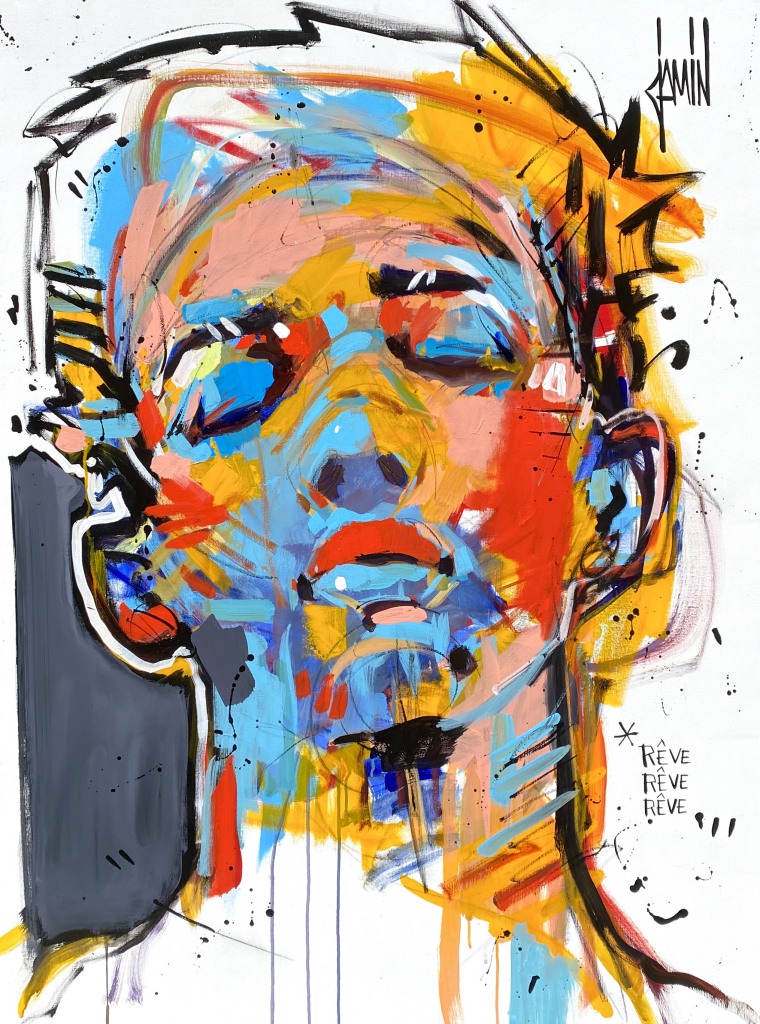 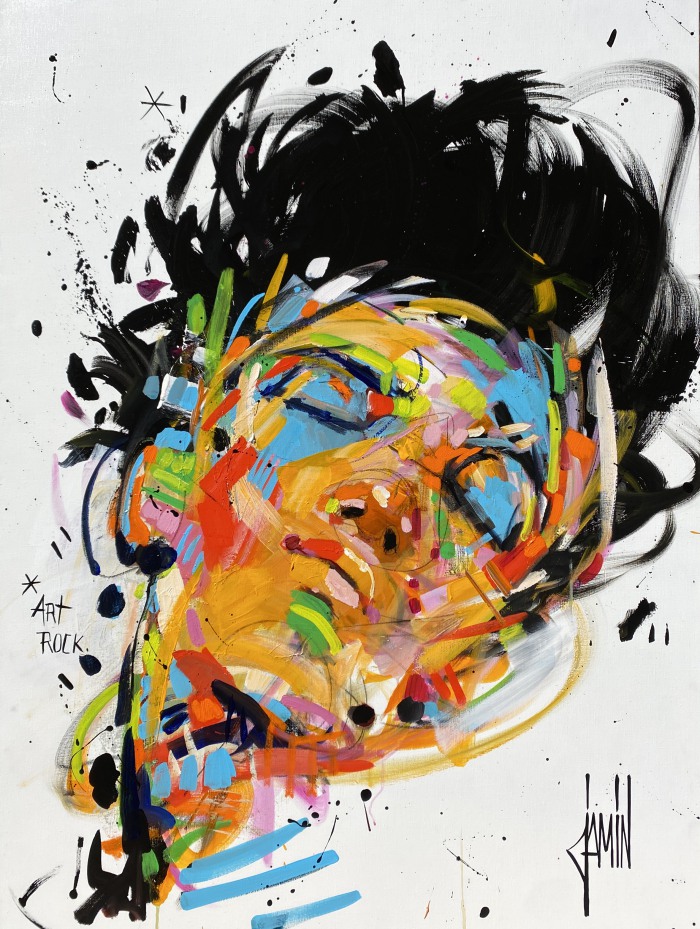 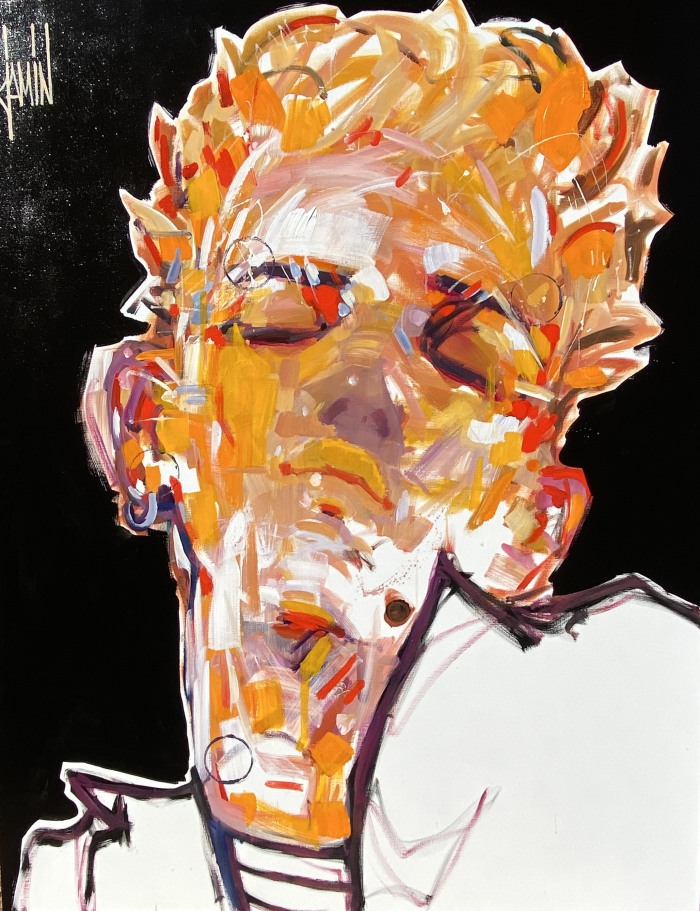 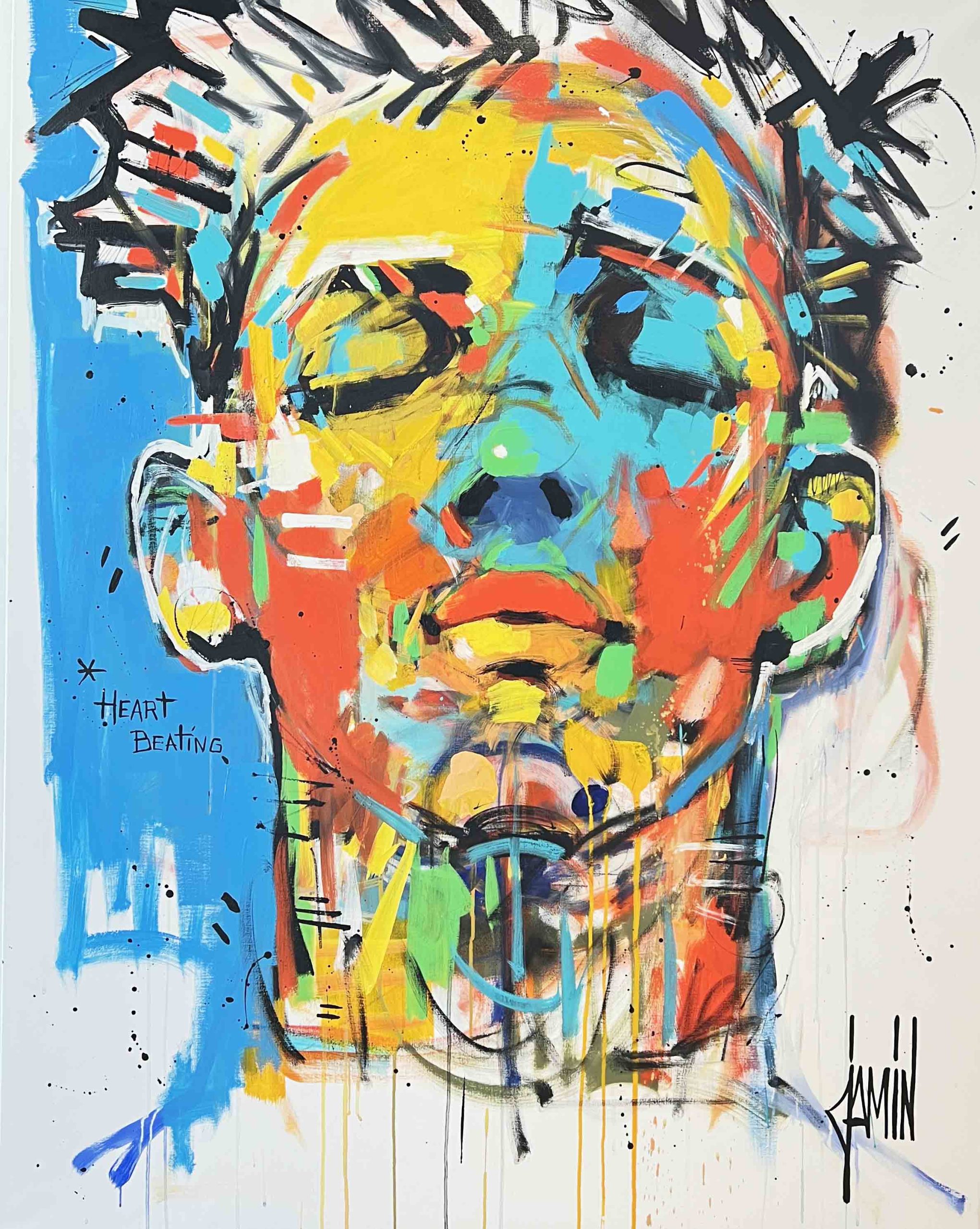 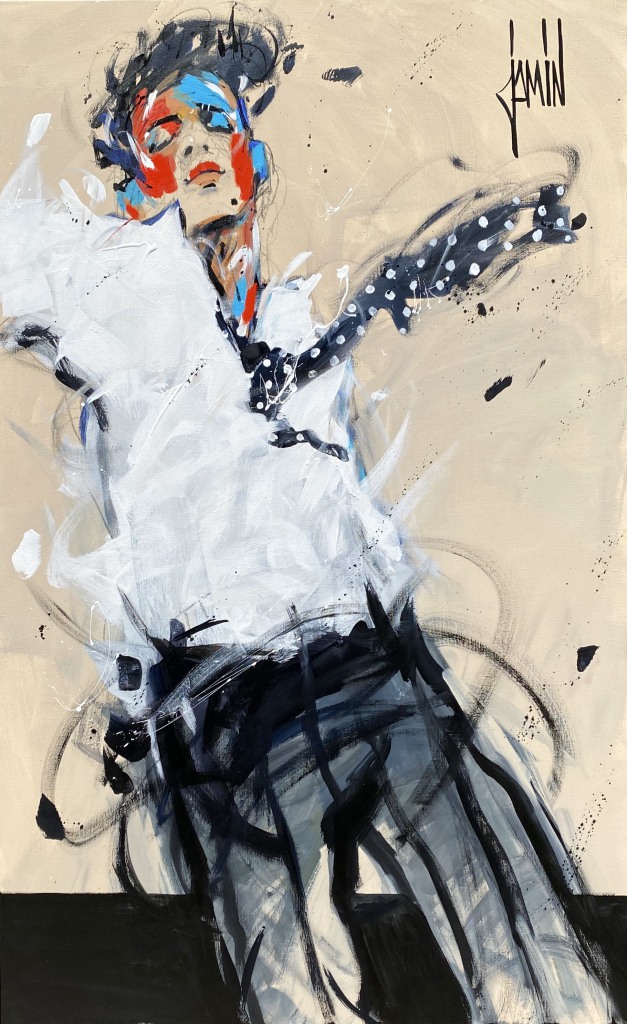 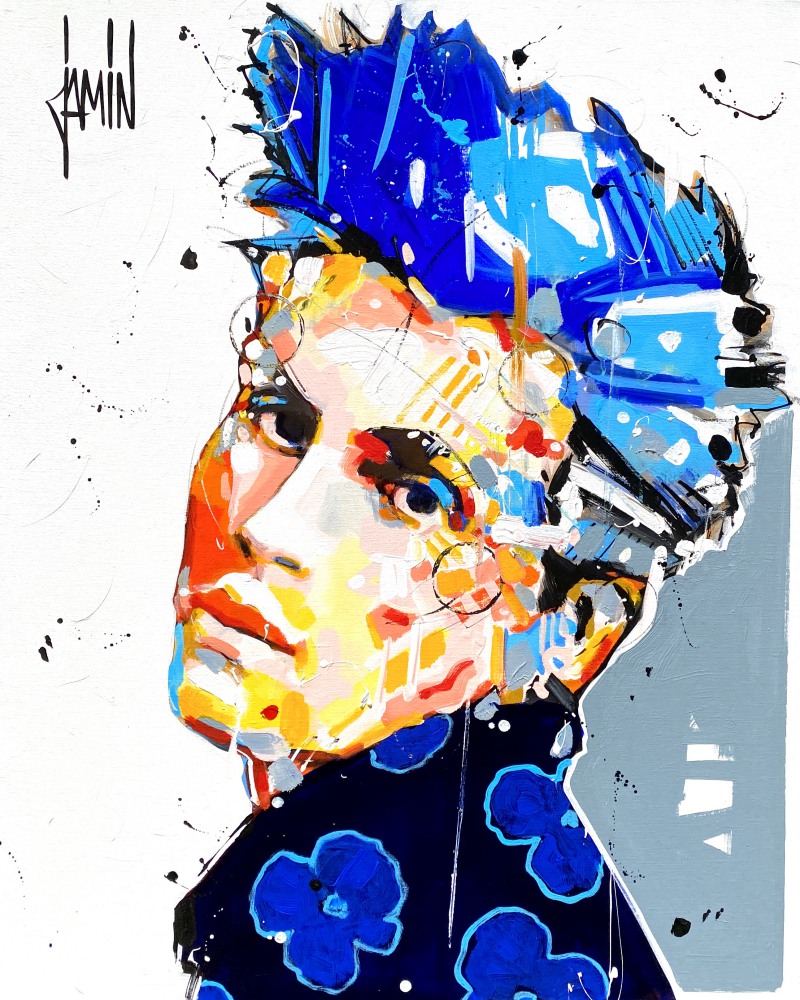 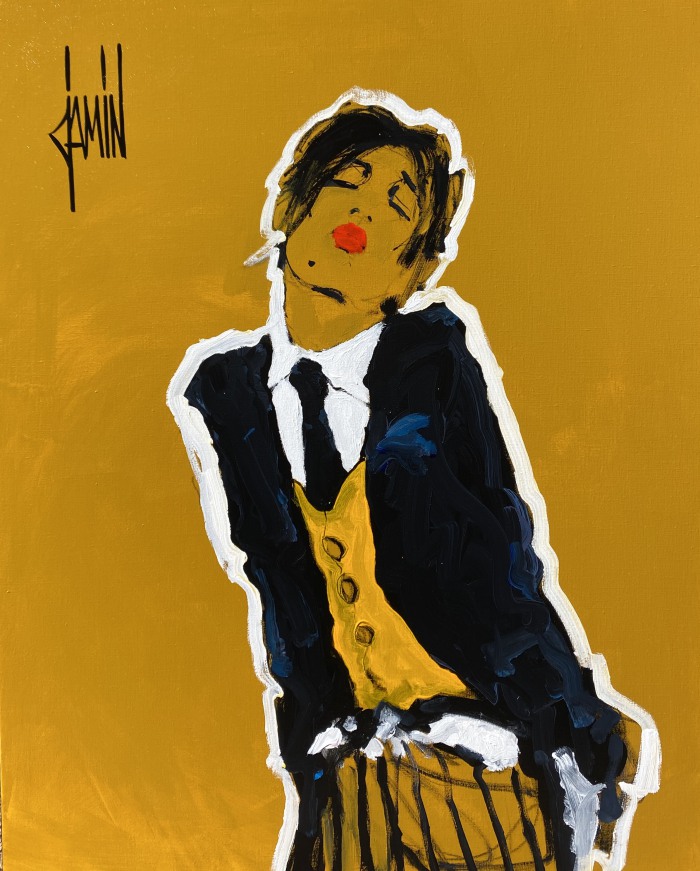 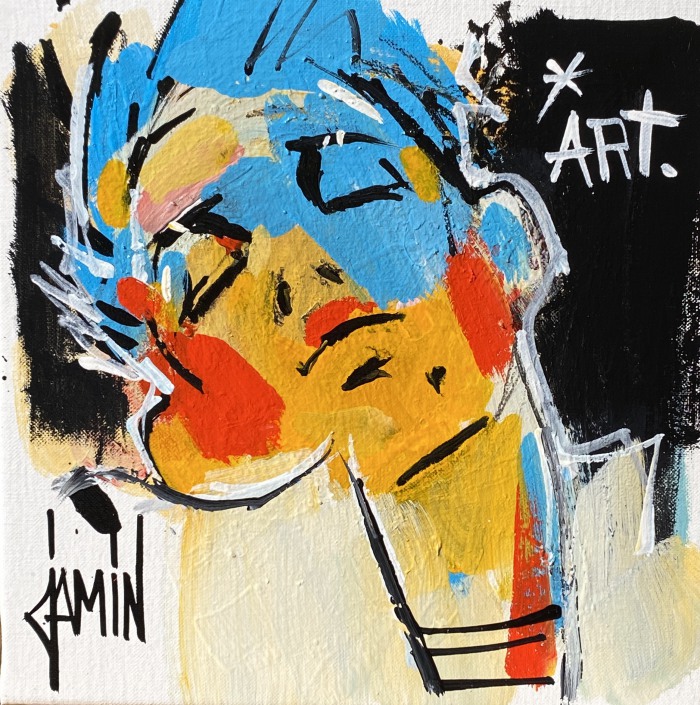 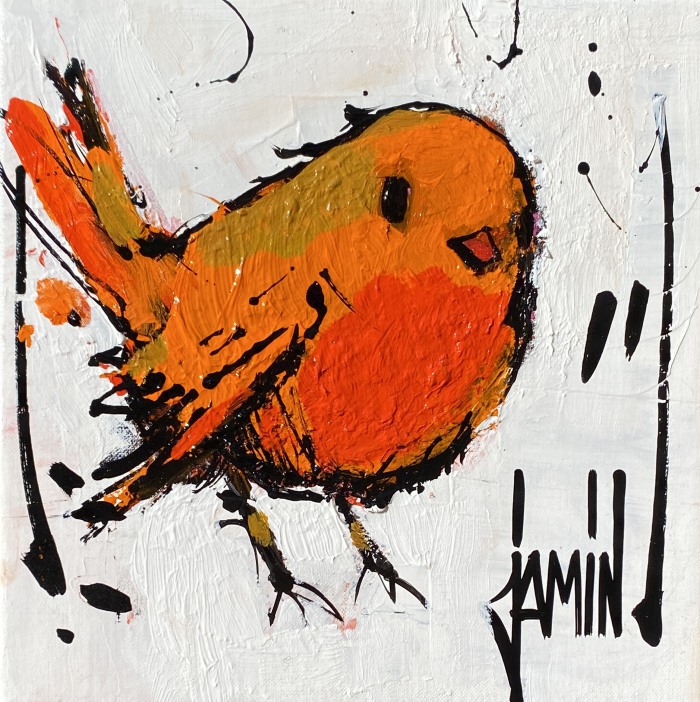 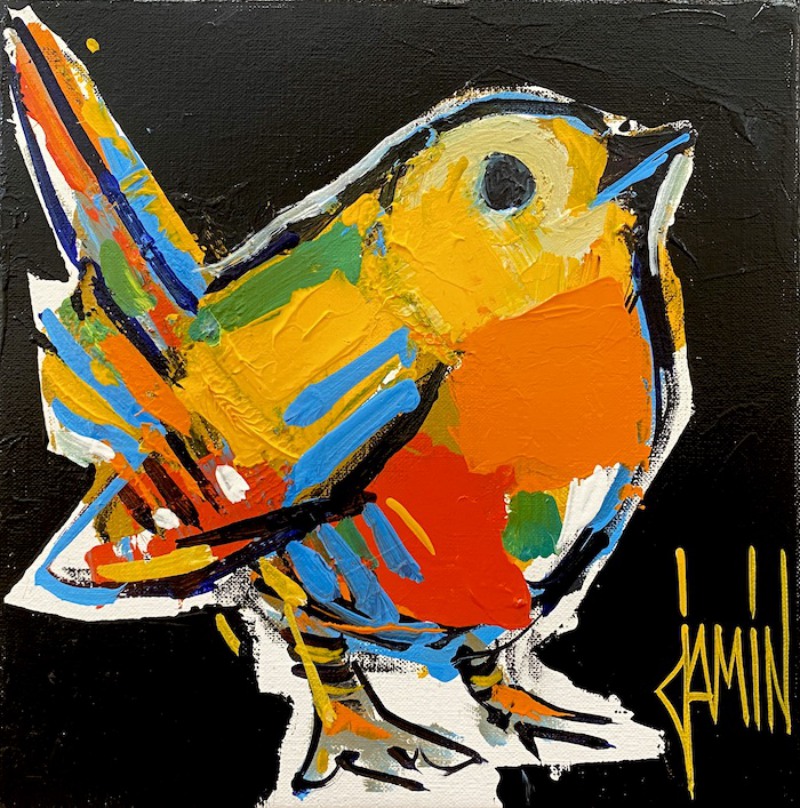 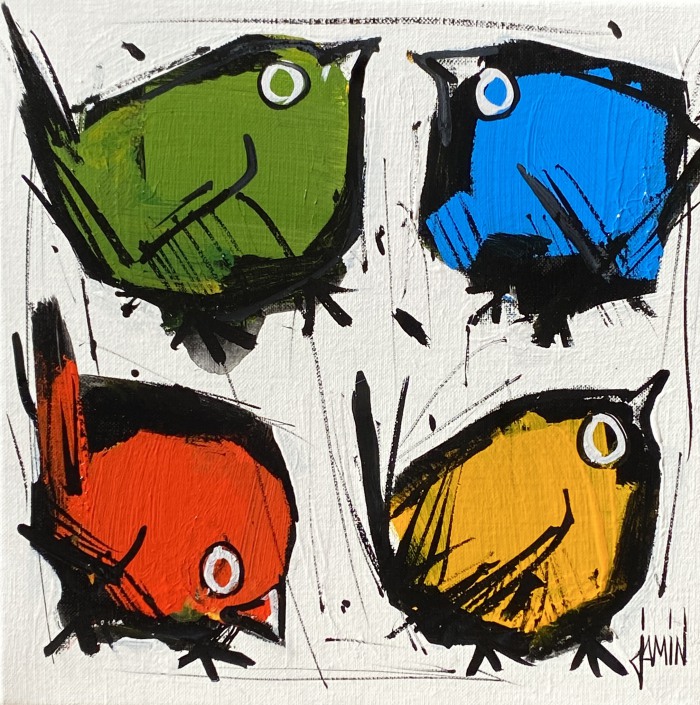